Long before Columbus, Viking explorers claimed the state of Minnesota. And the nice folks who live there have the ancient artifacts to prove it. Or not. Archaeologists say none of this ever happened. They say Minnesota has fallen victim to the greatest practical joke of all time. Lost Conquest is a deconstructionist documentary about why we believe the things we believe. With swords. 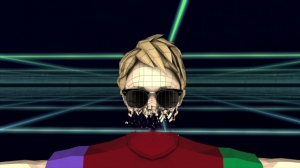 Somewhere in a parallel universe outside lies a digital frontier, a place made entirely of skateboard dreams.