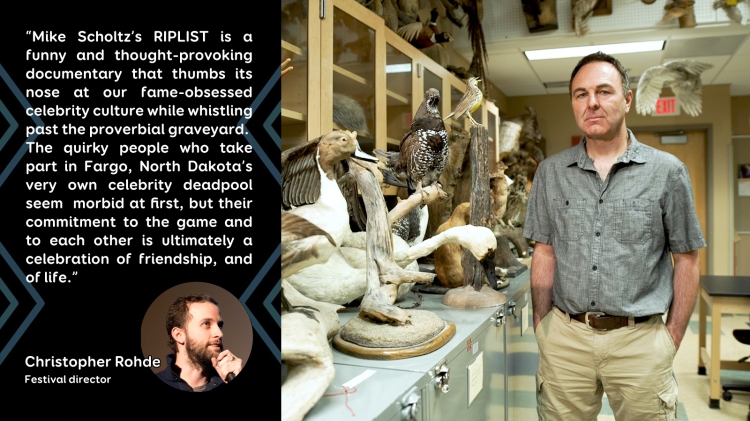 Festival director Christopher Rohde has selected RIPLIST as his top pick this year. RIPLIST follows a group of friends that get together once a year and draft celebrities they think might die. But while playing the game of death, they learn the value of life. Don’t miss the Canadian premiere screening Sat. July 27th @ 10pm at Arts Court Theatre. Director Mike Scholtz and producer Valerie Coit in attendance!