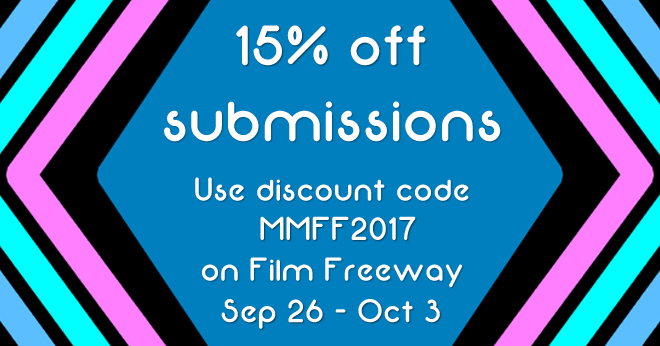 One week only! Submit your film to Mirror Mountain Film Festival on FilmFreeway and use the discount code MMFF2017 to receive 15% off the submission fee! Offer is only valid until October 3rd 2017, so don’t delay!